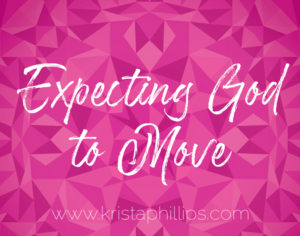 At the beginning of the year, people have lots of different traditions.

Some claim “words” for the year.

I tend to be a little more of a “word” and “goal” girl, because resolutions never work. I’m a work in progress, and baby steps with goals tend to work better.

Here are the examples of my words in previous years.

2014 – Focus. God was slowly drawing me out of a few years that I REALLY struggled with depression and life was just crazy, and I really felt God calling me to focus on Him, to focus on what HE wanted me to do and not all the billion things that bombarded me at the time on a daily basis. It helped. 2014 I published my first indie book, a little boost to get me closer to immerging from the pit of my post-Annabelle-coming-home depression I’d sunk into.

2015 – Hope. Normally I wouldn’t have claimed such a “happy” word that didn’t involve what *I* needed to do, but it was the word God was whispering to my heart. Not that everything was going to be perfect, but that I needed to remember there is HOPE in Jesus. And I was beginning, as I laser focused on Jesus and got rid of some clutter in 2014, to see a glimmer of Hope that I was going to finally, officially immerge from the pit I’d been in. And while 2015 wasn’t perfect by any means, it definitely did live up to its name.

2016 – Restoration. I was peeking out of the pit now and seeing the ruins. Lots of healing in our family needed to happen, and over and over I heard “I will restore what the locusts have eaten…” And in so many ways, He did. Even now in 2018, he is still slowly restoring us, and I am SO THANKFUL for that. But 2016 was definitely the biggest part of the rebuild.

2017 – Healthy. I really felt God calling me to get “healthy.” Not only physically, but spiritually as well. Honestly, I feel a bit of a failure on the physical part. Although I did do a few good steps (I actually made myself go to the doctor about a few things I had been ignoring… things I found out I really should NOT have been ignoring…), but I also took a few steps back (hello, too much Dr. Pepper drinking). But more than that, I concentrated on my relationship with Jesus. I co-lead 2 Bible studies at our church that were AMAZING, and I read my Bible more in 2017 that I had probably in the last 7 years prior. So on a spiritual level, my “health” is greatly improved last year and I am praying he continues to grow me in 2018!

2018 – Expectation. That feels like a goofy word, but as I pray and as I ponder on it, this is what keeps echoing to me. That I need to keep working at being healthy, both physically and spiritually, and keep my HOPE in Jesus, and keep watching God’s restoring hand, and keep focusing on Jesus… and expect God to move… and to keep myself open to him changing stuff up throughout the year for his good purpose. So that’s where I’m at. Keeping on… with my hands open… expecting God to move as He wills. (I definitely have a few ways I am HOPING he chooses to move… but am in the “but not my will but thy will be done” mode!)

What about you? Do you have resolutions, or goals, or a word for 2018? Or do you just keep on keepin’ on?

This site uses Akismet to reduce spam. Learn how your comment data is processed.